Get An Offer Today 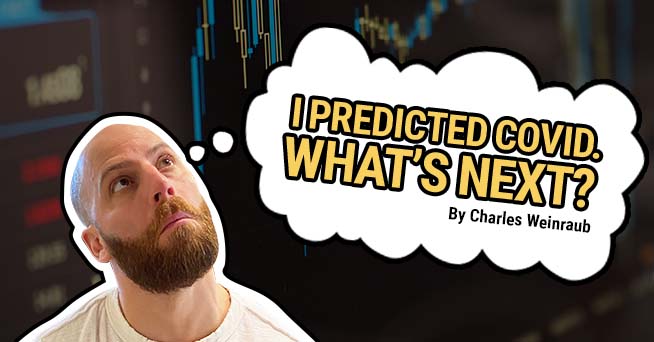 In February of 2018 the real estate market had been riding high for two years and business was booming. But I felt something coming. One way or another, I knew, we were approaching the end of an era. I felt an economic shift coming. Granted, real estate moves more slowly than the stock market, it doesn’t change overnight. But at the time I started conferring with my friends and associates in the real estate industry and offered them a prediction: At the end of Q4 2019, there’s going to be some kind of economic upheaval that’s going to impact the country.

I wasn’t able to explain why at the time, I just had a hunch. As someone who has been fully immersed in the real estate industry for years, I recognize the cyclical nature of the market and I’ve developed an ability to sense its ebbs and flows. I felt confident that my prediction would come to pass. And sure enough, Q1 2020 saw the breakout of COVID-19, and all the economic fallout it caused in the U.S. and beyond.

I don’t claim that I knew a pandemic was about to sweep over the world. But I had known the market had reached a high which was vulnerable to disruption. Every 5 to 10 years, an economic recession occurs, with generally the same resultant impacts. What differs most frequently is the catalyst which kicks the recession off. In this case, it just happened to be COVID-19.

So what happens next? In situations where there is a minor recession, typically the government intervenes to artificially stimulate the economy to get it going again. Unfortunately, this has a tendency to set the economy up for a larger downturn at a later date. In this recent case, the government provided cash funds and flooded the market with money. 40% of all the country’s currency has been printed in the last two years! In my opinion this is going to lead to inflation, which we’re already seeing, but it will snowball as all this money continues to be disbursed. To counter this inflation the government will have no choice but to raise interest rates in response. This has the effect of limiting the buying power of the public with regard to mortgages. Compare this to the 70s and 80s, another time when inflation became an issue and the government raised interest rates to get it under control.

The real estate market has benefitted from low interest rates for many years. The cyclical nature of the market and past history suggests to me that 2022 and 2023 will be good years for real estate and the larger economy. But by the second half of 2024 things will start to slow down and the U.S. will see a major economic correction featuring a significant change in interest rates resulting from the government’s current efforts to prevent a major recession.

Cash For Property In As Little As 5 Business Days